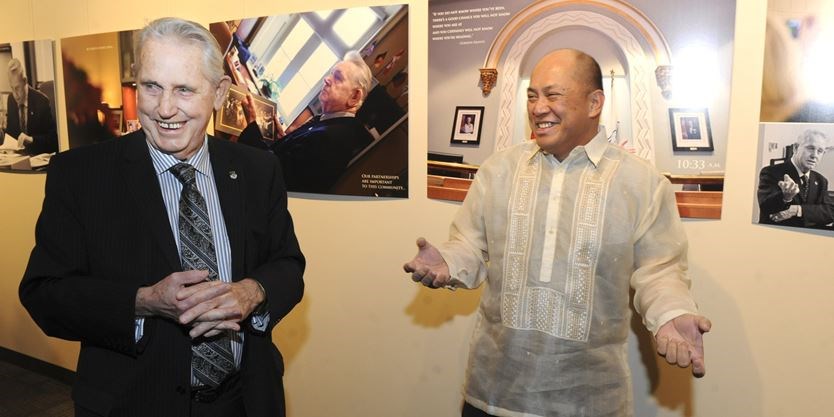 An exhibit of Milton artist/photographer Justino A. Magalona works were officially unveiled with a ribbon cutting and reception at the Holcim Gallery. The exhibit called Milton Landscapes and A Day in the Life of Mayor Gord Krantz, is a tribute to the longest serving Mayor in Canada. – Graham Paine / Metroland Media

Justino Magalona unveils his one-man photography and art show at the Holcim Gallery January 7. The exhibit will be on display until January 29. – Supplied photo 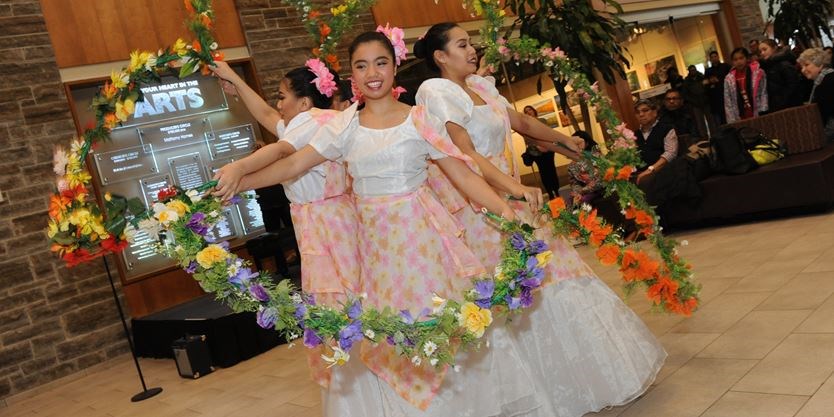 Mayor Gord Krantz pointing out the photograph he’s holding in this photo is from his trip to the Philippines. – Graham Paine / Metroland Media 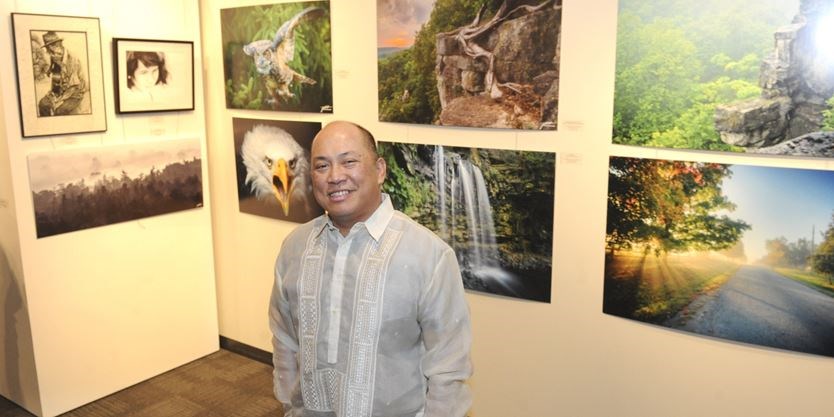 Artist/ photographer Justino A. Magalona in front of some of his nature photographs and portrait artwork. – Graham Paine / Metroland Media

Magalona described how his wife, Araceli, asked for an SLR camera for Christmas four years ago. He debated whether it would be worthwhile for her to consider photography so late in life, but he went ahead and wrapped her Christmas gift.

But after opening her present, Magalona said, she handed it back to him and told him, “This is actually a gift for you … I can see you’re dying, working so hard.”

“She just gave me ‘my go’,” he said of a golden opportunity to bring to life the photographer living inside him.

“None of this would have happened, had she not done that.”

Go indeed. Shooting every chance he can, the Filipino-Canadian artist and photographer decided to ask Mayor Gord Krantz if he could trail him for a day, after learning he was about to become the longest-serving mayor of a major municipality in Canada.

The result is an impressive collection of photographs showing the mayor in his day-to-day routines.

The exhibit’s timing coincides with the mayor’s annual themed gala: This year’s sold-out event is on Saturday, Jan. 14, at 8 p.m., and is a celebration of Krantz’s mayoral achievements.

Magalona’s photographs are on display at the Holcim Gallery of the Milton Centre for the Arts until January 29.

Saturday’s grand opening featurpiano prodigy Johann Derecho, an award-winning pianist who has been tickling the ivories since the age of five.

For Magalona, it’s surreal to see his photographs grace the walls of the gallery — a place he holds in high esteem since moving to Milton more than 10 years ago.

“As somebody who was not born here, I see more beauty in this place, because the first time I came here, I was so impressed,” said Magalona, 50, who says he prays before every photo shoot.

Prior to his photo shoot, Magalona had only met Krantz once. He said he’s pleased with the photographs, which show a mayor who listens to the people.

“It speaks to the fact that he is in touch and open to his constituents,” he said, describing one photo in particular in which Krantz’s head is cocked to one side as he listens intently to a constituent.

“The mayor was leaning over listening and the body language is just perfect,” he said.

In fact, he noted, 90 per cent of the photos — all shot with his Nikon D800 — are totally natural, exactly the way he prefers to shoot all his subjects.

“These are people of importance, people of substance,” he said.

The father of three got the idea for his Day in the Life Of project when he was on his lunch break from his casual job as a night-shift postal clerk with Canada Post.

“I was 49, and I was thinking, I should have a show, have my first solo exhibition,” he said, adding he figured he needed to do something with his large gatherings of work. “I wanted to share them; I wanted to share how I love my work with the people.”

Along with photos of the mayor, the exhibit features a number of Milton landscape photographs, highlighting natural gems like Rattlesnake Point, the Mill Pond in all four seasons and waterfalls from various locations in Halton.

But his favourite photo subject is people.

“I want to document people, to capture the real person — that’s my dream,” said Magalona.

Born and raised in the Philippines, Magalona recalls a time when the village he lived in didn’t have electricity. He showed an interest in drawing and photography at a young age, and his grandmother, Juliana, encouraged and supported his creative interest. His faded pencil drawings remain etched on the walls of the ancestral home in Catmon Cebu.

When he first started shooting, he borrowed a villager’s camera, and ended up using it more than the owner!

Magalona obtained a bachelor of science in business administration at Philippine Christian University before he studied at the University of the Philippines, college of fine arts where he excelled in visual communications.

The best job he ever had was as an artist/illustrator/photographer and art mentor for the United Nations High Commission for Refugees in Morong, Bataan, Philippines. There, he began exhibiting and selling his artwork and photographs.

Many of his pieces were acquired by local and expatriate art collectors.

“It’s there I learned to observe people and things,” he said.

In 1994, he moved to Saudi Arabia with his wife, where he collaborated with the creative and art directors of Impact BBDO and worldwide ad agencies, earning local and international awards for his work as a graphic designer.

In 2001, the couple and their three children, Justin, Julianne and Jamille, settled in Canada, moving to Milton in 2003. He couldn’t find work as a graphic designer, and at that point, he set aside his love of photography to help raise his family and earn what he could at various jobs.

Magalona is a member of the Fine Arts Society of Milton (FASM) and other arts groups. He fed his love of art mentoring through FASM’s youth mentoring program that began last year.

He works full-time as a freelance photographer and artist and operates Studio 683 whenever he can, shooting everything from weddings to births and babies.

His most recent artistic achievement is having nine of his landscape photographs grace the walls as murals of the new Milton District Hospital building expansion.

He said his artistic photography is just beginning and he looks forward to continuing his journey.

To learn more about his work, go to www.justino.pixieset.com. 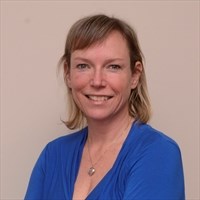 Julie Slack is a reporter with the Milton Canadian Champion. She can be reached at jslack@miltoncanadianchampion.com . Follow her on Twitter and and the Milton Champion on Facebook